All articles can be accessed under Creative Commons Attribution 4.0 International Public License (CC BY 4.0).

Aleksey Bronislavovich Ananchenko
Russian historian and political scientist. Mr. Ananchenko’s interests include gnoseology, or inquiry into knowledge about and logic of the historical process, as well as history and methodology of science

Mr. Ananchenko is a member of the Russian Historical Society.

In 2000–2013 Mr. Annachenko was a civil servant. He served as chief expert in the Public Relations and Media Department, Russia’s Ministry of Industry, Science and Technology; later he was Rosnauka (Federal Agency Supervising Research and Innovations) press secretary.

Mr. Ananchenko holds the rank of the State Advisor of the Russian Federation, third class (as per Russian Government decree dated 16 February 2008, No. 182-r).

Mr. Ananchenko holds the Russian Ministry of Education and Science award for excellence in civil service (26 April 2012, No. 724/k-n).

A research seminar was established in 2015 on Mr. Ananchenko’s initiative, bringing together representatives of diverse scientific institutions and state agencies. The seminar, entitled Colour Revolutions: Diagnosing the Contemporary Period, is serves as a forum for the scientific community members concerned with the use of socio-political, economic, and psychological techniques aimed at exerting destabilising or damaging effect on other societies.

In 2016 Mr. Ananchenko launched the effort to create the All-Russian Association for Research into Soviet Society and Russia’s Contemporary History. 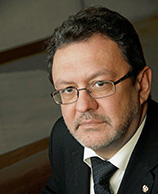