All articles can be accessed under Creative Commons Attribution 4.0 International Public License (CC BY 4.0).

Alexander A. Orlov – Doctor of Historical Sciences, Professor at the Department of Modern and Contemporary History of the Countries of Europe and America at the Institute of History and Politics of Moscow Pedagogical State University (MPGU). Since 2009 – Executive Secretary, since 2013 – Deputy Chief Editor, since October 2020 – Chief Editor of the journal “Locus: People, Society, Culture, Meanings”.

In 1993 he graduated with honors from the Moscow State Open Pedagogical Institute (MGOPI, later – Sholokhov Moscow State University for the Humanities), diploma specialty: teacher of history and social and humanitarian disciplines. Already during his studies at the institute, he began to actively participate in scientific work, was the organizer and member of several student scientific societies. Thesis of A.A. Orlov on the theme “Man and Society in the Works of Italian Humanists (second half of the 14th – first half of the 15th centuries)”, performed under the scientific guidance of Prof. M.L. Abramson, took first place in the competition for student research papers and was awarded the first prize on behalf of the leadership of the institute.

After such a success of the thesis, the Department of General History recommended A.A. Orlov for admission to postgraduate program, which he graduated from in 1997, having defended his PhD thesis on the topic: “Anglo-Russian relations during the Napoleonic wars (1805–1814)” (scientific consultant – Prof. V.A. Dunaevsky). Then he was accepted as a senior lecturer in the Department of General History of his alma mater and worked at this department (first as a senior lecturer, then as an associate professor, then as a professor) until 2015, until the moment when Sholokhov Moscow State University for the Humanities joined the Moscow Pedagogical State University. Since December 2015 A.A. Orlov has been working at the Department of Modern and Contemporary History (now the Department of Modern and Contemporary History of European and American Countries) of the Institute of History and Politics of the Moscow Pedagogical State University.

Doctoral thesis by A.A. Orlov in 2009 on the topic “The problem of a new world order in relations between Great Britain and Russia in the first half of the XIX century” (scientific consultant – Prof. I. G. Zhiryakov) became a significant result of his scientific activity during the previous period and allowed the creation of a scientific school on the study of various aspects of the history of international relations in Europe in the late 18th – early 21st centuries. In 2011–2020 his students defended three PhD theses:

A.A. Orlov is the author of five monographs:

Professor A.A. Orlov is the author of over 150 articles in leading Russian humanitarian journals and regularly participates in international and all-Russian scientific conferences. Among the most important there are:

– report at an international scientific conference at the London School of Economics and Political Science (Great Britain, 2008) (published as a chapter in a collective monograph: Orlov A.A. Russia and Britain in International Relations in the Period 1807–1812. Russia and the Napoleonic Wars. J.M. Hartley, P. Keenan, and D. Lieven (eds.). Houndmills, etc .: Palgrave Macmillan, 2015. Pp. 84–96. (Series: War, Culture and Society, 1750–1850));

– report at an international scientific conference at the University of Mainz (Germany, 2017) (published: Orlov A.A. The Influence of British Jurists, Political Economist, and Educators on the Ideas of Russia Modernization during the Reign of Alexander I (1801–1825). The Enigmatic Tsar and His Empire. Russia under Alexander I. 1801–1825. A. Kaplunovsky, J. Kusber, B. Conrad (eds.). Series: Transformations Differentiations Perspectives. Mainz Studies on the Modern Ages. M. Kissener, J. Kusber, A. Rödder, and M. Schnettger (eds.). Vol. 5. Berlin: Peter Lang, 2019. Pp. 117–131.);

– report at the International Scientific Humanitarian Forum “ Russia in the World ” at the Institute of General History of the Russian Academy of Sciences (Round table on the topic “Friend / Foe in the cross-cultural communications of Western countries and Russia in the past and present ”, Moscow, 2019) (published: Orlov AA England from the window of a road carriage. The concept of “ Englishness ” in the representations of three Russian travelers (late 18th century). “ Own ” / “Alien” in the cross-cultural communications of the countries of the West and Russia. L. Labutina (ed.). St. Petersburg: Aleteya, 2019. Pp. 223–250.).

A.A. Orlov is a member of the Dissertation Council at the Moscow State Regional University for the defense of candidate and doctoral theses in historical specialties (Russian history; general history; historiography, source studies and methods of historical research).

Since 2006 he is a member of the historical-patriotic society “Bagration ”. Also A.A. Orlov considers it important to popularize history as science, often taking part in various media projects on radio and television (open lectures, talk shows and debates on historical topics, expert commentaries). In 2019–2020 he became one of the participants in a large-scale educational project of the Russian Military Historical Society – the lecture hall “Echoes of Our Victories ”, for which he has recorded 4 open lectures. 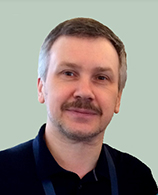